Home Health Some methods to assessing a Personality psychology
Health

Some methods to assessing a Personality psychology 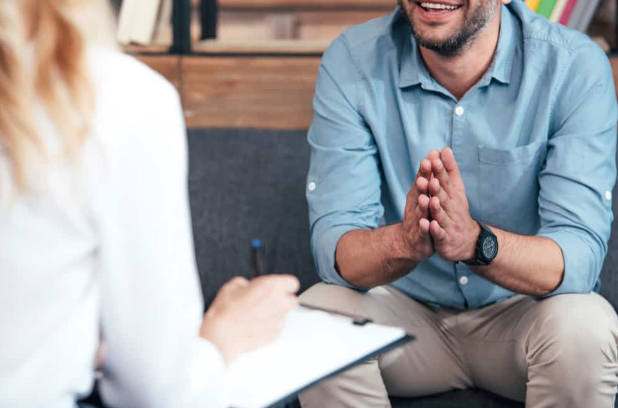 What is a person?

Personality, characteristic way of thinking, feeling, and behaving. Personality encompasses moods, attitudes, and opinions and is most clearly expressed in interaction with other people. It includes behavioral characteristics, inherent and acquired, that distinguish one person from another and that can be observed in people’s relationships with the environment and social group.

Assessment for all personalities:

Personality assessment, measurement of personal characteristics. The assessment is the end result of gathering information aimed at improving the psychological theory and research and increasing the likelihood that wise decisions will be made in applied environments in selecting the most promising people from the group of job candidates). The approach used by the personality psychology assessment specialist is based on the assumption that much of the observed variability in behavior from one person to another stems from differences in the extent to which individuals possess certain basic personal characteristics. The assessment specialist seeks to define these characteristics, measure them objectively, and relate them to socially significant aspects of behavior.

Some of the methods for assessing an individual’s personality are the following:

These methods are designed to assess external manifestations through observations.
The different observation techniques are:
a. Rating scale:
A rating scale is simply a device for recording the extent to which a person is considered to have a defined attribute. The rating scale can be a self-assessment or an assessment by other observers. The rating scale helps us to find out the degree or size of a certain personality psychology trait present in a given person. Usually, the rating scales will be three, five, or seven points.
b. An interview:
It is a very popular method of observation. An interview is a situation in which there is face-to-face contact between interviewers and respondents.

Personality is assessed by asking oral questions. Generally, the interview is held as part of a programmed assessment. It is a supplement to the data collected by other methods. Interviews are usually held to assess a person’s personality in order to identify a personality trait. Interviews are of two types: structured and unstructured.
c. Behavior tests:
Several types of behavioral tests are used to assess personality. In these tests, a certain challenging situation is created artificially, but it almost resembles the original one. The person will be forced to face the situation. For example, a nurse may be asked to deal with an emergency such as caring for a patient with a severe heart attack. Depending on how effectively that person copes with that situation, their personality will be assessed.

Psychologists have developed many questionnaires, tests, inventories for the study of personality psychology. Inventories will contain a set of questions or statements carefully prepared about the problem being studied. Each question will have two answers – yes or no, and the respondent should mark the answer that best suits his nature. This method is easy to administer and collect data from a large number of people at the same time. Necessary instructions and instructions will be available on the person’s page. The subject must read carefully before answering to avoid confusion.

Projection is a compensatory mechanism in which a person reads his own thoughts and feelings to others. Projective tests/techniques are based on the principle that the subject reads or projects his own internal conflicts, frustrations, fears, motives, and similar other feelings into an unstructured situation. Of course, the answers the subject gives reveal the inner workings of his mind. Thus, projective techniques provide us with insight into personality psychology. Read more about A complete guide about hero instinct.

What is a psychodynamic theory?

The id is the primitive and instinctive component of the personality. The id is a part of the unconscious that contains all drives and urges, including libido, a kind of generalized sexual energy that is used for everything from survival instincts to art appreciation. The id is also somewhat stubborn, as it responds only to what Freud called the pleasure principle (if it feels good, do it), and nothing else.

The pleasure principle is a term originally used by Sigmund Freud to characterize the tendency of people to seek pleasure and avoid pain. Freud argued that people sometimes do their best to avoid even momentary pain, particularly in moments of psychological weakness or vulnerability.
ON THE PRINCIPLE OF PLEASURE
In psychoanalytic theory, the id is the part of the unconscious dedicated to pleasure and basic drives. The pleasure principle is driven by the id. According to Freud, the id governs the personality in infancy and early childhood, and the ego and the superego develop later. The influence of the ego and the superego may mitigate the influence of the id, but the pleasure principle remains an important part of the underlying personality.

The ego is “that part of the id that has been modified by the direct influence of the external world.” The ego is the only conscious part of the personality. It is what the person is aware of when he thinks of himself and what he normally tries to project onto others. The ego develops to mediate between the unrealistic id and the external real world. It is the decision-making component of personality psychology. Ideally, the ego works by reason, while the id is chaotic and unreasonable.
Reality principle
The ego operates according to the reality principle, working out realistic ways to satisfy the demands of the id, often compromising or postponing satisfaction to avoid negative consequences for society. The ego considers social realities and norms, etiquette, and rules when deciding how to behave.

The superego incorporates the values ​​and morals of a society that are learned from parents and others. It develops around 3 to 5 years of age during the phallic stage of psychosexual development. The superego is seen as the provider of rewards (feelings of pride and satisfaction) and punishments (feelings of shame and guilt) depending on which part (the ego or conscience deal) is activated.

What is the role of the unconscious in psychodynamic theory?

According to Freud (1915), the unconscious mind is the primary source of human behavior. Like an iceberg, the most important part of the mind is the part that you cannot see. Our feelings, motives, and decisions are really powerfully influenced by our past experiences and stored in the unconscious.

What is the theory of the conscious mind?

In Sigmund Freud’s psychoanalytic theory of personality, the conscious mind consists of everything that is within our consciousness. 1 This is the aspect of our mental processing that we can rationally think and talk about. For example, the content of the unconscious can be extended to consciousness in the form of dreams.

What is the subconscious?

We are rarely aware, or at least fully aware, of our subconscious mental activity. But subconscious thinking does affect our feelings and behavior, and it is often revealed in dreams, artistic expressions, and the slip of the tongue. The subconscious mind can be a hiding place for anxiety, a source of creativity, and often the reason behind our own mysterious behavior.

How much does window tinting cost in 2022?

How Music Helps With Stress?

A Complete Guide to Orthodontic Treatment in Winnipeg

3 Tips For Getting Back Into Life After...

The Benefits of Sleep

What are the reasons for hair loss in...

What to do when tech sucks the fun...