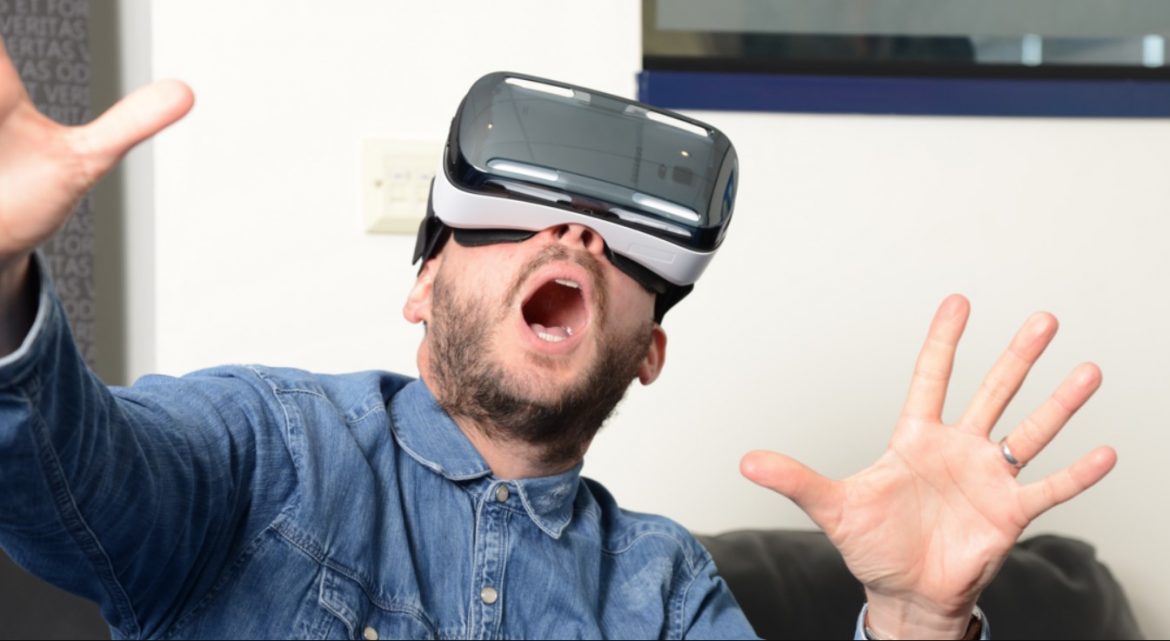 When we think about virtual reality, many likely immediately associate it with motion sickness; and this is for good reason. Back in 2016 during the VR revolution, motion sickness prevented many people from having a really great experience. Well, luckily, some innovative techy people have managed to solve some of these problems. In this article, we’ll let you know about How virtual reality headsets could help improve mental health?

The headsets are smaller and weigh less than before; this is a pro for many consumers. In addition, they utilized display technology and high-tech processing power and sensors to lessen the latency, thus, reducing the motion sickness effect. This increased the immersion experience at the same time.

Now, there are still plenty of people, probably the majority, of VR headset users that don’t have a problem with motion sickness, but for others, they’re super sensitive to it so it’s still a struggle. Of course, there are also people that endure some motion sickness the first few times they experience VR. Eventually and in time, this issue passes for them; or doesn’t come back for a while. The complete elimination of this side effect of Virtual Reality is hard to accomplish but is still something the industry hopes to tackle. Gabe Newell’s interview with a New Zealand outlet spoke on motion sickness and how OpenBCI and Valve are working towards a solution to eliminating this side effect, as well as working towards making VR even more immersive than ever.

Why Do We Experience Motion Sickness?

If you’re like the rest of the world, you likely grew up learning the five senses that we humans have; sight, smell, taste, hearing, and touch. Well, in reality, we have many other sensory organs but they’re less talked about or known. Our ears have these very sensitive organs inside that sense motion. Your brain predicts and calculates this motion based on what our eyes see. This is basically how you get an idea of what your body is experiencing at any given time. Unfortunately, if what your eyes are seeing and the organs in your ears that sense motion is not aligned, it can be a difficult experience. Read more about How to choose the best VPN service?

Your brain is expecting a certain motion based on what your eyes see and when no other sensory organs come into play, the feeling of wanting to throw up results. People experience motion sickness many other times aside from during VR; roller coaster rides and even some PC first-person games cause people to feel woozy. In fact, the DOOM games and the original Wolfenstein 3D brought about many complaints by players of feeling this sickness. It was in all the gaming magazines at one point.

How Motion Sickness Could Be Curbed:

This issue could possibly be solved with Brain-Computer Interfaces (BCIs) because they’re already used for reading what’s going on in your mind. Gabe Newell’s interview that we mentioned above and during this, he spoke about Valve’s partnership with OpenBCI. The Valve Index is one of several VR headsets that is compatible with a device from OpenBCI. This combination allows for real-time brainwave activity measurement while a person is enjoying a VR experience. Of course, this won’t be the end of the partnership. Newell also has the vision to use BCI technology to do more in the future, possibly even incorporating the ability to write information directly into the user’s head.

So one way this could curb the motion sickness side-effect of Virtual Reality is by suppressing part of the brain. Yes, this sounds like something you would see in a movie or science fiction novel, but it’s not impossible to imagine in our future. In a way, we are kind of doing this already. Transcranial magnetic stimulation is a current technology that researchers can use to non-invasively disable parts of the brain; temporarily of course. This causes no actual damage to the brain.

The original concept for this method’s development was to help neuroscientists; they would switch different functions of brain structures off in actual patients, to better understand these brain functions. Sounds crazy right? It’s not hard at all to imagine a future where VR headsets are so advanced that they have the ability to alter your mood or completely eliminate the feeling of motion sickness.

If we were to assume that the ability to integrate 2-way brain communication technology and VR headsets becomes reality eventually, this could change VR development completely. It could result in having information beamed directly into your visual cortex by the VR and AR systems bypassing your eyes completely…just think about that for a moment. There has actually been a variety of experiments done over the years that aim to decipher the human’s brain ‘visual’ part or ability. Dr. Yang Dan, back in 1999, actually found a way to use the eyes of a cat, to decode the visual information in that cat’s brain.!

Dr. Dan was able to determine how to reconstruct the images shown to the cats, using implanted electrodes that would pick up the neural signals. Since that time, the interest in BCI’s has drastically increased, obviously. Elon Musk’s new company, Neuralink, aims to develop this ability sooner rather than later and has already invested a lot of money in this new company. Not everyone would be on board with this technology, however, because nobody wants something invasively planted in their brains for future Virtual Reality…but would you do it if it were possible?

7 Tips to Plan Your Car Trip