All You Need To Know About American Akita Dog Breeds

Do you know the story about Hachiko, the Akita dog that waited for its master by the train station for a very long time? Hachiko’s master was met by an ill-fate that left the Akita waiting for him by the Shibuya train station until it eventually lost its life. Many generations have remembered Hachiko’s loyalty to its master (read more) until today. They have even erected several sculptures of the dog in many places in Japan, but the one near Shibuya station is most popular.

Many Japanese people remember Hachiko and use his story to teach the value of loyalty and faithfulness to children in Japan. Eventually, the media coverage of Hachiko not only spread nationally but all around the globe. Today, this breed is considered one of the most steadfast companions an owner or family can have. If you’re planning to adopt one, you should first know these facts on top of the story of Hachiko.

#1: Akita Is A Region In Japan

North of Japan is a prefecture called Akita, known for its sake production and mountainous regions. This is where it was said the Japanese breed originated from. However, some accounts have claimed this breed has been around for thousands of years, so their true place of origin is still unknown.

Akita inus before were known only as snow country dogs, and this was due to Akita and Odate’s heavy snow each winter. It seemed that the only dog breed to have withstood and survived the cold was the Japanese Akita Inu breed. They were known to be great hunters that accompanied humans to find the game in the snowy forests and mountains. After the mid-1800s, they were beloved protectors and pets of many families all over the prefecture until today.

However, there is a slight difference between Japanese and American Akitas. The American type was brought to the west by activist Helen Keller during the post-world war II era, around 1938. There, the Akita was bred with other larger western dog breeds that eventually became the American Akita dogs. Compared to its counterpart in the east, which has fox-like bodies and features, the American types are larger and stockier and have less cold resistance.

The original Akita breed back in Japan is considered to be the sturdier dogs, especially against winter. This is due to their evolution throughout the decades that allowed them to adapt to colder, harsher climates of the north. Japanese and American Akitas have heavy double coats, like that of Siberian Huskies, that protect them against the frigid weather. Their webbed paws allow them to walk easily through snow and ice.

The American type is one of the better choices for a companion if you live in states with longer and heavier winter months.

#3: It Can Develop Serious Diseases

Like many dogs, the Akita can also have health problems that may or may not be curable. However, because this breed tends to lean to the larger side, joint problems and hip dysplasia are some of the common yet fatal disorders they can develop over time. This can be due to the Akita being overweight or just because they are already too old.

Another problem the Akita breed can develop is Hypothyroidism. This disease of the thyroid (link: https://www.morrisanimalfoundation.org/article/science-101-hypothyroidism-in-dogs) can affect dogs through many different bodily systems, such as metabolic (obesity), integumentary (hair loss), and lethargy or fatigue. Vets and experts advise owners to have annual or bi-annual check-ups to monitor any development of these conditions.

Pros Of Having American Akita Breeds 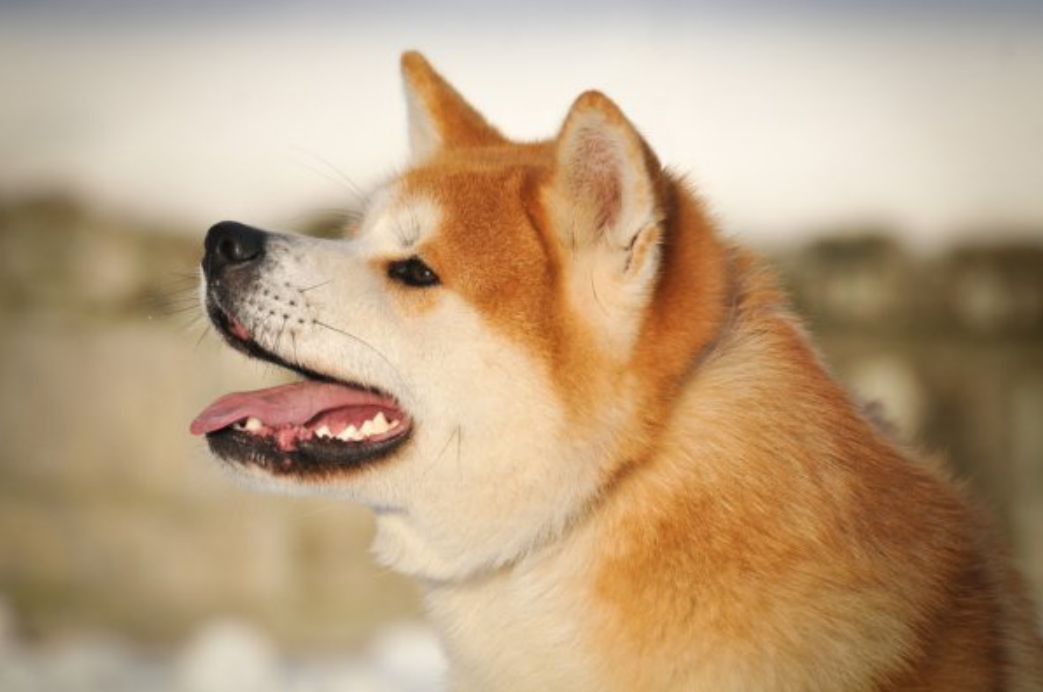 Dogs, in general, are known to be faithful and loyal to their owners. However, the Akita breed is considered to be the mascot of all dog breeds when it comes to loyalty. They thrive on human companionship and form strong bonds that will last their entire lifetime. Hachiko has already proven how determined Akitas are, that no other human can compare to the one they chose.

Way before the world wards began, Akitas are already known to be guard dogs for many wealthy families in Japan. Because of their instinct to protect, to the point that they would lay their life for you, Japanese households have revered and respected this breed since the 1800s. Experts that studied Akita’s behavior even claim there is no need for guard training for this breed, as it is already programmed in their DNA to watch over their family.

On top of being instinctive guard dogs and alert canines, Akitas are smart and trainable. They can learn new tricks and can easily follow their master with eagerness and enthusiasm. However, Akitas are also known to be autonomous and often decide the best course of action on their own. Many personal pet trainers have advised owners to start training this breed at a young age to instill complete dependence and obedience towards their masters.

This type of dog is a spitz-type breed, which means they have a knack and an uncontrollable urge to keep themselves clean. Oftentimes, they self-groom, which keeps bathtime and maintenance to a minimum. This also means you’ll suffer little to no dog odor around the house, as they are very fastidious about their bathroom time as well.

This dog breed can be one of the most affectionate breeds on the market. They have more loyalty and love for their owner and families than other well-known breeds. However, Akitas are also known to be aggressive and are not suited for first-time owners. Nevertheless, if you have experience in training and disciplining dogs the right way, then an Akita is a great addition to the family.

Hi, My name is Ghulam Mustafa. I found Unity Media News in 2019. This is a great platform for news, entertainment, technology, and many other niches. I have done my graduation in 2017 in computer sciences. All the credit goes to this achievement to my content team. I want to say Thank you to whoever helps me to achieve this milestone.

Your Guide To Winter Camping

How to choose the right video conferencing system

The Optimal Health Benefits of C60 Oil for...